Every capital city has had positive growth from the twelve months to April. In this time the combined capital city home values increased by 11.5%. Sydney (16.7%) and Melbourne (11.6%) have been the primary drivers for capital gains but Perth has also performed strongly and had the third biggest increase with 7.7%.

The nation’s impressive growth is also reflected in the past three months. This period has also seen dwelling values shift higher across every capital city. Perth increased by 0.7 % which was lower than the combined capital city increase of 2.6%. Darwin was the standout having had 5.1% growth.

Dwelling values across all but three of Australia’s capital cities were higher than their previous cycle peaks in April. Perth was one of those at 3.2% onlybehind Melbourne (4.2%) and Sydney (16.4%).

Over the quarter the median weekly rent for Perth houses has decreased by 0.1% to $505 while units have increased by 0.9% to $456. These are still higher than the capital average of $486 and $453 respectively which is a reflection of the rental demands in Perth compared to the rest of the country. To further prove this point the rental yields in Perth are greater by 0.4% for houses and 0.2% for units in comparison to the national median.

Housing market conditions across the combined capital cities have been improving since June 2012 after a 7.7% peak to trough decline which lasted nineteen months.  Capital city home values haven’t fallen for 11 months and values across the eight capital city aggregate.

All parts of regional WA recorded an increase in growth for the quarter with the exception of Midlands which decreased by 1.4%. It is also the only area to have a negative growth for the past 12 months, losing out by 9.1%. The central part of WA has seen the biggest improvement, growing by 7.6% in the last three months and 10.6% for twelve. The Pilbara, Kimberley, Upper Great Southern, Perth and the South West have also seen growth of over 5% for the past year. 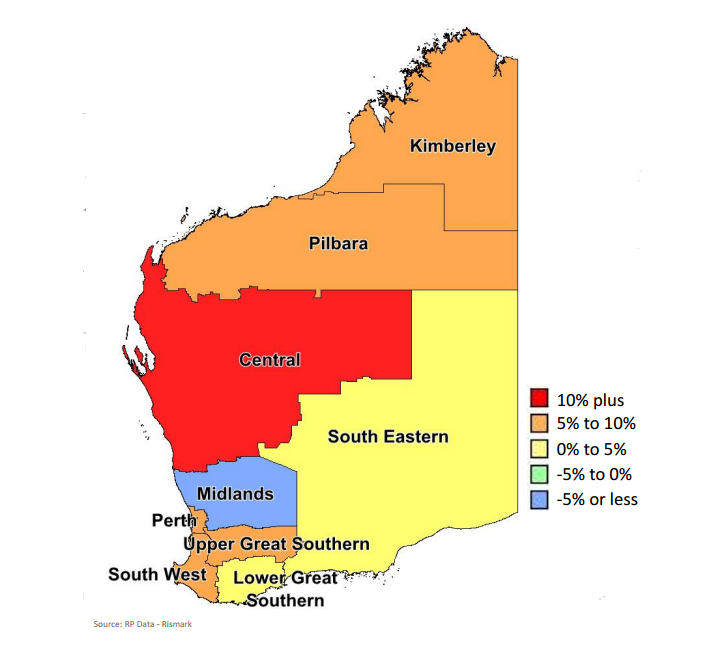 We have extensive experience and knowledge of the Perth Property Market. To find out how we can help you with finance contact us on (08) 9289 7777 or info@nullrdfinance.com.au